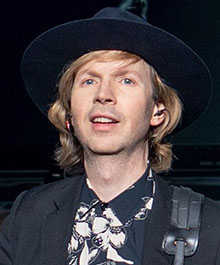 Well, to make a long story short, Beck is Jewish!

Since Beck's mother is Jewish, and in Orthodox Judaism and Conservative Judaism, those with a Jewish mother (or those who underwent a halakhic conversion) are considered Jewish, then that makes him Jewish. His father is not Jewish.

He is best known for his single ''Loser'', which became a worldwide hit in 1994.

Want to talk about Beck?